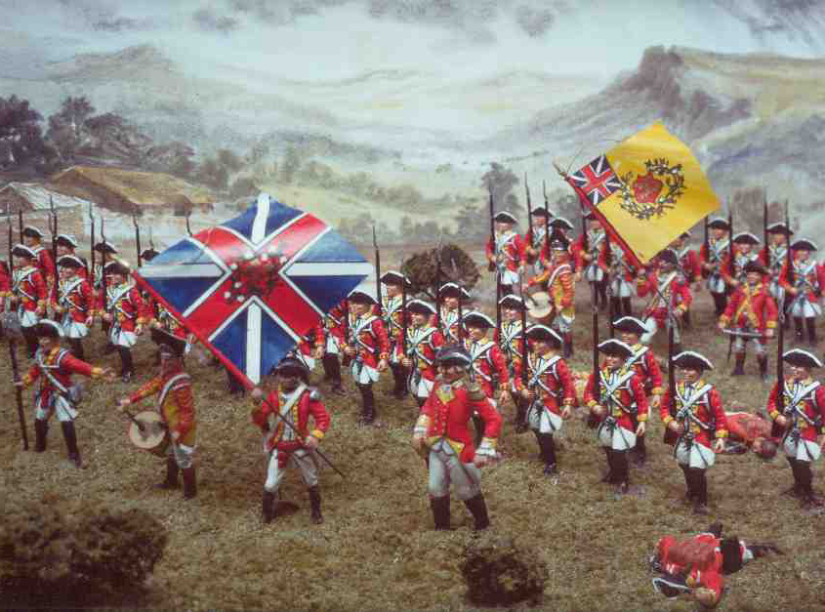 Why Did America Win the War of Independence

With a seasoned, professional army and an abundance of resources at their disposal, it seems reasonable to have expected the British military to achieve a quick and easy victory over the ragtag American rebel forces who had declared independence from their colonial rulers in 1776. Yet, in spite of the initial difficulties in recruiting the militia in adequate numbers and the economic struggles brought by the war, the Colonies were ultimately able to defeat Great Britain and gain independence. This paper will argue that there were three major explanations for why America won the war against the odds.

First, local rule provided the rebels with an organized method for forming militias; second, Britain had been overconfident about winning or, at the very least, reaching an agreement with the rebels, which resulted in significant strategic decisions that prevented them from supressing the rebellion from the start; and third, the alliance between the rebels and France resulted in the resources and military assistance that turned the tide for good. I will prove this by discussing the texts in Henretta’s book America’s History and Gruber’s journal on British politics and the winning of American independence.

As Henretta, Hinderaker, Edwards and Self (2014) note, those who sought independence from Great Britain controlled most of the local governments. This provided the rebels with the ability to recruit an army in an organized way, taking advantage of the mechanisms that an established government could use in order to achieve this. It is important to remember that not everybody in the Colonies were in favor of independence. There were plenty of Loyalists who wanted to remain a part of the British Empire. Given this, it is hard to imagine how the rebellion could have started if the local governments had been controlled by Loyalists, since it would have meant acquiring the funding and weapons in an underground manner. In addition, those who joined the rebellion were encouraged to play a political role in the country’s future. In other words, they were not fighting for the glory of some monarchy, but for a democracy that they could actively participate in.

A second significant factor that led to rebels’ victory was the way in which Britain underestimated their foe. General William Howe captured Philadelphia, but allowed General George Washington and his troops to escape even though they were surrounded. The rebels were able to regroup over the wintertime and eventually engage in a surprise counterattack (Henretta et al., 2014). In another instance, British General John Burgoyne, who was marching his troops from Quebec to New Jersey, was so confident in victory that he moved at a leisurely pace and even insisted on stopping each day and entertaining his officers with lavish dinners. Even as his soldiers were defeated and fell into retreat, Burgoyne failed to appreciate the urgency of the matter. Turning back at a slow pace, the general’s 5,000 troops were eventually surrounded and forced to surrender. The Victory at Saratoga, as this would be called, served as a significant turning point in the war (Henretta et al., 2014).

Of course, not all of the strategic decisions were tactical blunders per se. The British army could have ruthlessly pounded the rebellious colonies and submit them using overwhelming force, and therefore, stop the war at once. However, this was never the objective. Gruber (1965) provides some insight into the psyche of Navy Officer Richard Lord Howe, General William Howe’s older brother, by noting his reluctance to engage in a devastating war, and his desire to use the least amount of force required in order to promote reconciliation once the presumed victory had been achieved (p.235). Gruber mentions that Howe’s older brother George, who was killed in action while he served in America during the French and Indian War, was regarded as a war hero in Colonial America to such an extent that the General Court of Massachusetts voted to help fund a monument that was built in his honor (p. 228).

As a result, Howe had great affinity for the Colonies and believed he could negotiate peace, although his overtures were never taken seriously by the rebels since he never offered any concrete actions. Thus, aside from failing to recognize the resolve of the rebels, Britain did not seem to appreciate just how great the level of discontent among the colonials was.

Finally, the alliance with France helped the Colonies achieve victory in two different ways. First, the act of giving diplomatic recognition to the Colonies served as a tremendous morale booster to the rebel troops. As a symbolic gesture, it served as an indication that France, the most powerful nation in Europe at the time, had faith in a Colonial victory. Indeed, France was taking a calculated risk that could have proven humiliating had the tides turned in favor of the British. In practical terms, it meant that the rebels would now receive military supplies, financial resources and even French troops. Henretta et al. (2014) mention that one of the outcomes of this alliance was that the Continental Congress, the federal governing body of the Colonies, started addressing the needs of the military officers by providing pensions in the amount of half of their pay (although ultimately they were only granted these pensions for seven years, not for life as they had demanded). With the newly emboldened rebel troops and all of this French assistance, independence from Great Britain was virtually assured.

In summary, there were several significant reasons for why the American colonies were able to win independence after defeating what appeared on the surface to be a superior British army. Control over the local governments by the patriots made it possible to raise militias. In addition, Britain made a series of strategic decisions both reasonable and ill-advised that rendered many of their advantages useless. Finally, once France joined the side of the rebels, the outcome was a foregone conclusion. What this paper demonstrates is that even the slightest miscalculations can ultimately change the fate of history.

If Great Britain had been more aware of the rebel’s determination, they might have fought with more desperation rather than taking a lax approach. Furthermore, if, at the initial stages of the conflict, they had attempted to negotiate a more even-handed peace settlement that did not merely assume a rout, it might have been effective in persuading enough of the rebels to lay down their arms.