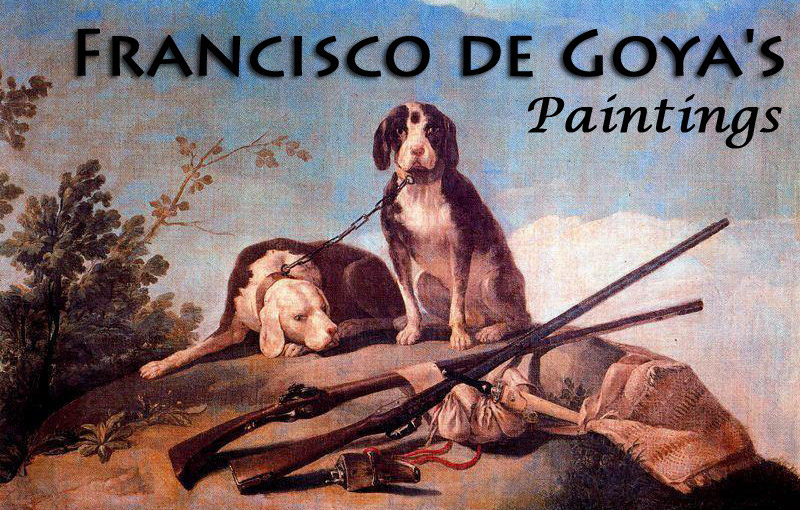 Francisco de Goya y Lucientes was an artist who adroitly reflected both romantic ideas and sufferings of the past generations, at the same time anticipating epiphanies and lacerations of modern people. This prominent representative of both Romanticism and Modernism was inspired by Velázquez and Rembrandt, but the main source of his creative enlightenments was nature.

His works created between the late seventeenth and early eighteenth centuries encompassed more than 60 years (Lacayo 48). Goya used numerous extemporaneous techniques and unraveled a variety of philosophical topics, concentrating on his own subconsciousness and sneering at human vice and bigotry.

This paper discusses Goya’s creative evolution and reasons for his satirical perception of the world embodied in his works, particularly focusing on the painting “Time of the Old Women”. It analyzes his reflections on perishable beauty and limited lifespan of people, who cannot escape the destined hour.

Francisco de Goya was born on March 30, 1746, in Fuendetodos, a tiny village in northern Spain. He became an apprentice of a local artist at the age of fourteen. Goya later travelled to Madrid where he showed much interest in the works of great Venetian painters.

After his attempts and failures to enroll in the Royal Academy of San Fernando, he eventually decided to improve his creative skills in Rome. After his success in Italian competition of painters, he went to Saragossa and created marvelous frescos for the local church. Two years after, he married Josefa Bayue. They were blessed with many children, but only one child survived to full age.

When he travelled to Italy in 1770, he met Giovanni Battista Piranesi, another unique artist who painted magnificent etchings of fallen Rome and chimeric prisons. Probably, this acquaintance also influenced Goya’s imagination. Three years after, he painted “The Duke and Duchess of Osuna” and “The Count of Floridablanca” and “The Family of Luis de Borbon”.

Goya became very popular due to these several portraits and was nominated an honor of Pintor del Rey. From 1775 to 1792, Goya painted different cartoons for a royal tapestry factory. Therefore, he became Spanish aristocracy portrait painter. Goya turned into a Court painter to King Charles IV in 1789.

Despite major achievements, chronology of Goya’s creations remains distorted since he did not indicate dates of his paintings. In 1795, Goya became a director of painting at Royal Academy where he worked until 1797 (Goya). In 1799, he was appointed Spanish Court Painter. Moreover, he was greatly influenced by Neoclassicism since it started to prevail over Rococo style.

Goya’s oeuvre can be divided into two periods

The first period was dedicated to creation of portraits and tapestries, but the artist’s intention was not to incarnate some philosophical ideas, but to prove his value. However, owing to creation of portraits, he became an excellent psychologist, who could meticulously analyze people’s behavior and mock at their falsely refined manners.

The second period reflected more mature themes since the painter started to fight for freedom because of prevailing war and religious oppression in Spain. Moreover, it was a very difficult time for his inner world because he suffered from dangerous diseases, which affected him when he was 46 years old. Thus, in 1792 he became irretrievably deaf.

Being in constant seclusion from the world of sounds, his imagination turned into a canvas of decadent ideas. He started to portray humankind ironically, bitterly revealing all physical and mental defects of people.

He evolved an audacious style, making caricatures out of people’s emotions and deeds. In 1799, he published Los Caprichos, awkward etchings deriding on imprudence and impotence of people.

Since Goya lived during a dramatic time in the history of Spain, his condemnation of horrible and ridiculous slaughters of innocent people was embodied in his works, in particular in sixty-five etchings called “The Disasters of War”.

The historical changes affected his ideas during his life. In addition, he was quite a dissolute and misanthropic man, which made him experience many personal obstacles. Goya’s work was influenced not only by time, but also by evolution of his character. Thus, his paintings embrace satirical drawings, royal portraits, melancholic images, paintings of war, and engravings of the revolution.

One of the most symbolic paintings of Goya “Time of the Old Women” is a part of Boston’s exhibition “Goya: Order and Disorder”. It is the largest Goya’s exhibition in North America, which consists of 170 significant paintings, drawings, and prints.

This exhibition is based on two contrastive poles, which embody order and disorder, with the aim to structure Goya’s creative incarnations, starting from daily rituals and dignified portraits to the pandemonium of human mind’s withering and the chaos of war.

“Time of the Old Women” depicts two grandams who hold some object in their hands, which looks both like a mirror and like some journal. They are childlishly interested in what they see and do not even notice that Chronos, hoary god of time, is going to take them away.

Moreover, old ladies are vestured in ludicrously luxurious dresses, wearing a makeup, which is very inappropriate for their age. Since Goya liked to use contrasts and irony, grey Saturn appears to be very strict while old women are cheerful and careless. It embodies an absurd of human existence since people live in order to die.

Moreover, there is a fact that Goya was almost 65 years old when he created this image, which unravels his satire related to his own illnesses. He tried to show that old people seem ridiculous to onlookers. Their hour has struck to become their deliverance. On the other hand, it is interesting that two old ladies do not even try to escape from Chronos.

Probably, it means they know who stands behind their backs, trying to spend their last minutes in a good mood. However, there is also a thought that they are simply unaware of their sudden destiny and they cannot be frightened beforehand, not realizing the presence of death. Goya mocked at them because he perfectly knew the feeling of approaching demise.

Another explanation of the painting can be women’s adaptation to their horrible long-lasting diseases.

They became accustomed to their sapless condition. Besides, Fred Licht expressed an opinion that they hold a scandal journal, which is their last entertainment. According to Licht, “…In The Old Ones we again encounter mistress and servant – this time in a frightfully decayed state.

Syphilis has corrupted the face of the maid into a hideously deformed snout, while the mistress, haggard and toothless but rouged and coiffed in the latest fashion, looks on with rheumy eyes as page after page of a scandal journal is turned for her amusement by her companion.

Behind the two women, a winged old man wields a broom aloft, ready to sweep this human offal away.” (Eeweems.com). This painting is a startling embodiment of human afflictions and temporality.

In conclusion, Goya is one of the painters who lived for the sake of art and who will be remembered due to his pompously romantic and metaphorically ominous works. The fate of this unique personality proves that in order to cross the threshold of mortality, one can be often doomed to go through slaughterous wars, religious bigotry and near-fatal diseases. Strange and yet very true that a delirious mind gives birth to masterpieces.